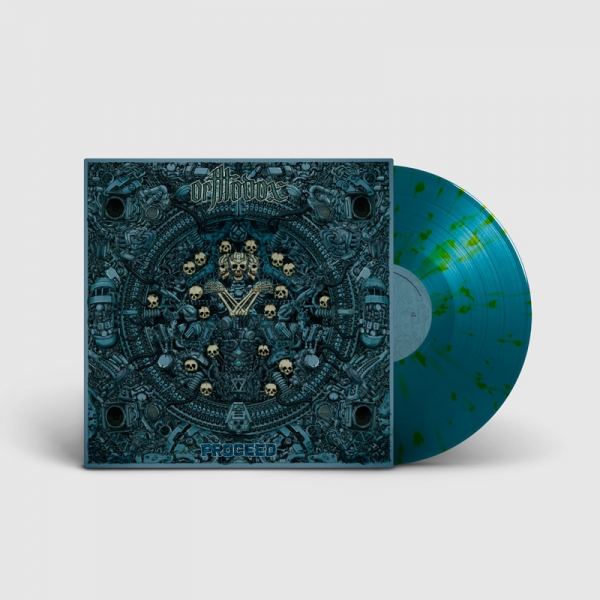 Spanish avant-garde doom/drone experimentalists ORTHODOX, having reverted to their original lineup, have completed their latest album, Proceed. Confirming the record for release in June through Alone Records.

ORTHODOX was born as a trio in Seville, Spain at the end of 2004. Starting from doom metal and absorbing influences from drone, jazz, and extreme metal, the band represents one of the most relevant but unpredictable bands of the Spanish metal underground.

Since 2014, ORTHODOX has operated as a duo, with bassist/vocalist Marco Serrato and drummer Borja Díaz handling all recording and live performances. However, Proceed sees the return of guitarist Ricardo Jiménez to the lineup for the first time since 2011’s Baal. To capture this mammoth album, in November 2021, Billy Anderson (Sleep, Melvins, High On Fire, Om, Neurosis, EyeHateGod) was flown to La Mina Studios in Sevilla, Spain, and recorded the album with assistant engineers Raúl Pérez and Nacho García. Anderson mixed the record at his Everything Hz back in Portland, Oregon, after which it was sent to Justin Weiss at Trakworx in San Francisco, California for mastering. Proceed was completed with artwork and illustrations by Fernando Rivas and layout/design by José Postigo.

Proceed represents ORTHODOX's return to its original essence, but also a step forward as a band. After a multitude of different projects around the band and a long way traveled, they are back to reel off heavy riffs like a three-headed juggernaut.