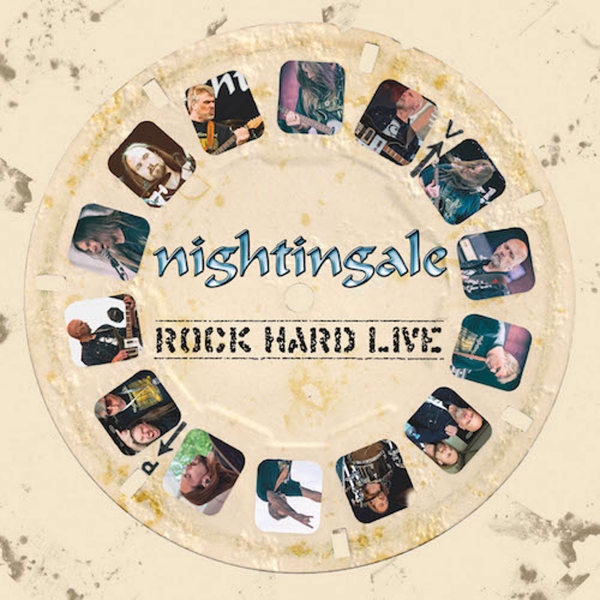 After eight NIGHTINGALE studio releases the time had come for a proper live album!

In Dan Swäno´s own words:“When we were invited to perform at the prestigious Rock Hard Festival in May 2016 we felt that this could be the right time and place to capture the energy of a NIGHTINGALE live performance.

Once we listened back to the recordings of the gig it became obvious that there was a special vibe both on stage and in the audience that day. And in order to capture that we decided to mix the album with a very high percentage of the sound coming from the two audience microphones.

This approach gives the listener the sensation of actually being there at the gig when you listen to it. But this also means that you have the occasional out-of-time and tune-notes here and there, since there is no way to fix anything in the studio once you mix an album this way.

So, "Rock Hard Live" indeed is a genuine sonic snapshot of what NIGHTINGALE sounds like on stage, warts and all!”.

2. A RAINCHECK ON MY DEMISE

6. CHASING THE STORM AWAY