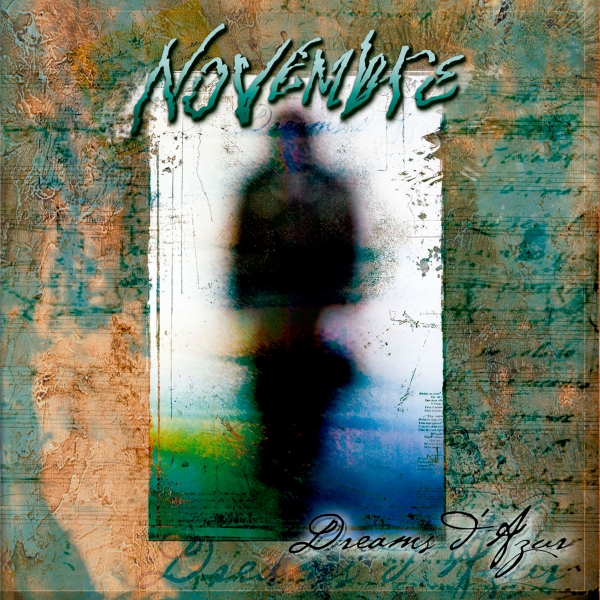 CD press come on trifold digisleeve and booklet as well as the 2LP gatefold format comes with insert, all including exclusive liner notes by Carmelo Orlando. First vinyl pressing ever of 350x copies on black vinyl and 150x on color vinyl.

What did 'Dreams D'Azur' to become one of the best prog-death-doom metal albums ever created?.
At that time, Novembre were looking for the next move towards the next album after 'Novembrine Waltz' and the ever-evolving composition were not allowing the band to deliver something new in short time on fast mode. In order to gain more time on the process and offer something new in the meantime for label and fans, band decided to re-mix their debut album 'Wish I Could Dream it Again', but the task was not as simply as they wished. A vast, extensive amount of work was found upfront which makes impossible to put the re-mix on process. Novembre decided to go for a re-recording session that would emerge like a new album in the end. Initial conception were to be as much loyal as possible to the original songs, then the album became even more prog and death than the original songs, being capable to finish a 'new' record with the participation of original members Antonio Poletti (guitars) and Thomas Negrini (keyboards) and the help of additional guest musicians like Fabio Fraschini, to attend the bass parts.